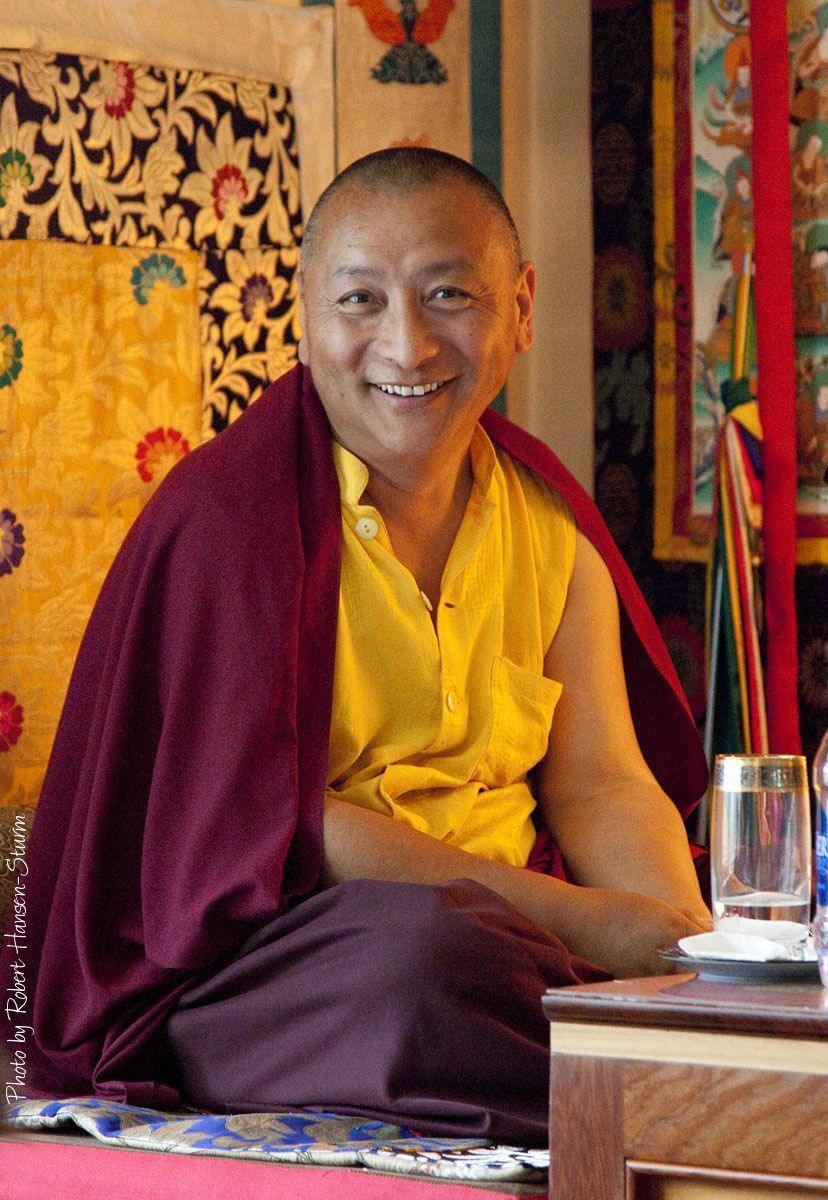 Biographie of the 3rd Bardor Rinpoche

Bardor Tulku Rinpoche was born in 1949 in Kham, East Tibet. At a very early age, he was recognized by His Holiness the 16th Gyalwang Karmapa as the third incarnation of Terchen Barway Dorje.

After Rinpoche’s grandparents passed away, his parents and siblings joined him in Drikung. When the political and social conditions in Tibet worsened as a result of the Chinese Communist occupation, Rinpoche and his family—initially a party of thirteen—set out toward India over the Himalayas along with many other Tibetans who were also fleeing the fighting.

They traveled through Kongpo to Pema Ku. In Pema Ku, at the border of Tibet and India, as a result of the arduous journey, all Rinpoche’s family members died. When Rinpoche’s father—the last member of his family—died, Rinpoche left Pema Ku and continued on toward Assam with other refugees.

At the township known as Bomdila, where the borders of Tibet, Bhutan, and India meet, a bombing raid dispersed the group. Rinpoche and a young friend fled the attack and traveled westward, along the border of Bhutan and India, to Siliguri and eventually to Darjeeling. When they arrived in Darjeeling, His Holiness the 16th Karmapa was notified that Rinpoche had safely made his way out of Tibet. Filled with joy at the good news, His Holiness arranged for Rinpoche to be brought to Sikkim, and for Rinpoche’s friend to be taken care of.

After completing many years of study and practice, Bardor Tulku Rinpoche accompanied the 16th Karmapa on his world tours in 1974 and 1976. In 1977, His Holiness asked Rinpoche to remain in Woodstock, New York, at Karma Triyana Dharmachakra (KTD). During his first two years at KTD, Rinpoche worked side-by-side with the staff to renovate and winterize the house and prepare for the last visit of His Holiness the Sixteenth Karmapa to the West. During that last visit, in 1980, His Holiness directed that his monastery and seat in North America be established at KTD, and he performed the formal investiture. After the groundbreaking ceremony in May of 1982, Bardor Rinpoche directed the construction activities and labored each day to build the monastery. When the construction of the shrine building was essentially completed in early 1990s, he assumed responsibilities as a teacher at KTD and its affiliate Karma Thegsum Chöling centers (KTCs).

In 2000, with a blessing from His Holiness the 17th Karmapa and His Eminence the 12th Tai Situ Rinpoche, Bardor Tulku Rinpoche established Raktrul Foundation in order to help rebuild the Raktrul Monastery in Tibet and provide educational facilities for monks and the lay community. In 2003, Rinpoche established Kunzang Palchen Ling (KPL), a Tibetan Buddhist Center in Red Hook, New York. Based on nonsectarian principles, KPL offers Dharma teachings from all traditions of Tibetan Buddhism and serves as a base for preserving and bringing to the West the terma teachings of Terchen Barway Dorje.

After working tirelessly for thirty-one years with the Venerable Khenpo Karthar Rinpoche, the abbot of KTD, to firmly establish KTD and its affiliates in the United States, in October 2008, Bardor Tulku Rinpoche resigned from all his responsibilities at KTD. In August 2009, the KTD Board of Trustees issued an appreciation letter acknowledging Bardor Tulku Rinpoche’s role in the establishment KTD and its affiliates in North America.

Since he left KTD, Bardor Tulku Rinpoche has been directing the activities of Kunzang Palchen Ling, guiding Palchen Study Groups nationwide, overseeing translation projects of terma texts of Terchen Barway Dorje and the construction of the new facility at Kunzang Palchen Ling that is an implementation of his vision for KPL. Rinpoche also serves as an adviser for Dharma TV, an online Buddhist television project.