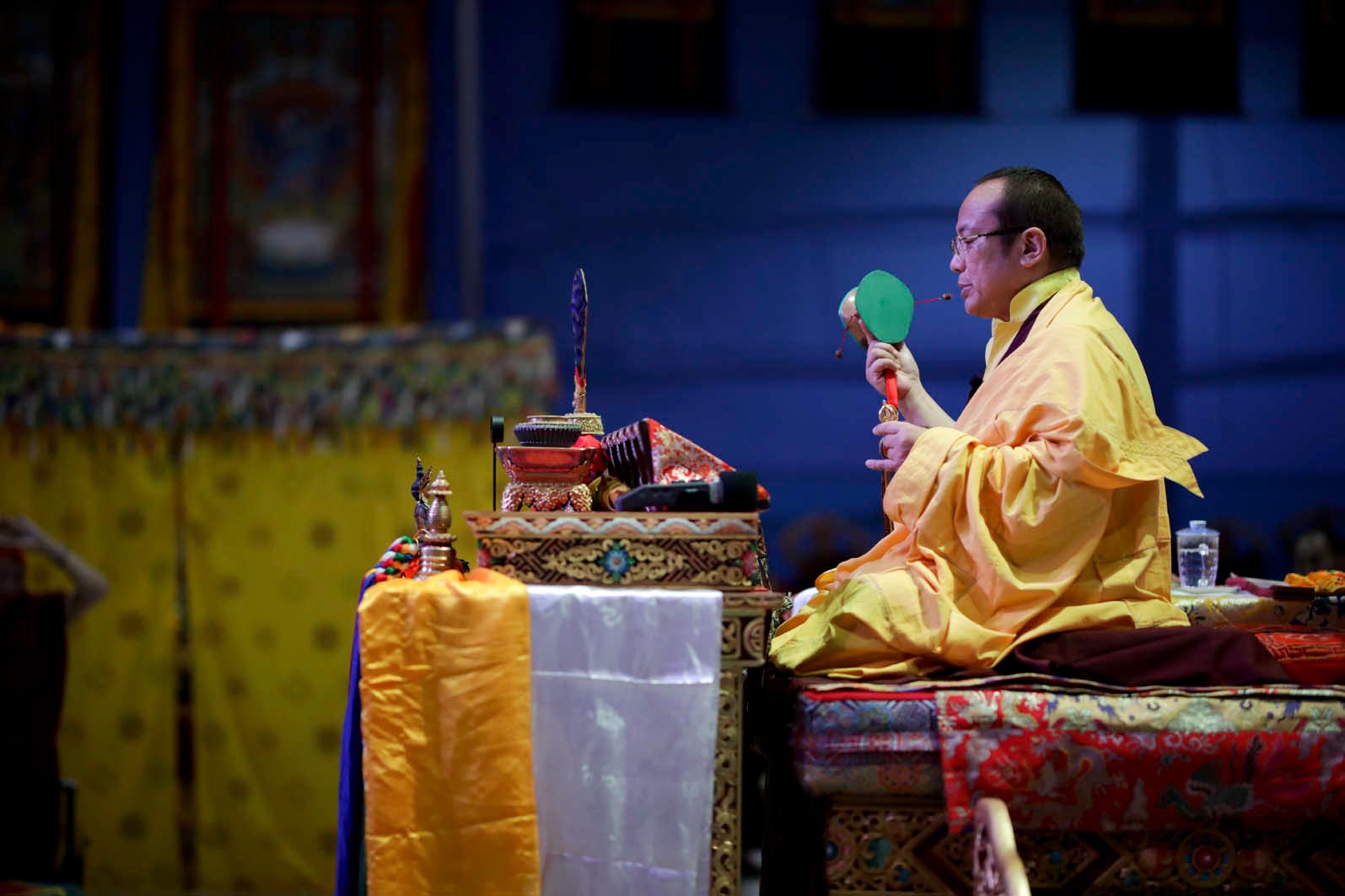 The origin of the Tai Situpas is traced to one of the senior followers of the Gautama Buddha, the Bodhisattva Maitreya. Since that time there have been numerous successive emanations, first as Indian and later as Tibetan incarnations, whose achievements are recorded in Sanskrit, Chinese and Tibetan records. An early and important incarnation in Tibet is that of Marpa Lotsawa (1020-1097), a great teacher who helped to revive Buddhism in Tibet, after its long decline during the time of the Tibetan king, Long Dharma. Marpa traveled to India where he learned Sanskrit, received instruction and initiations and obtained numerous Buddhist scriptures which he later translated into Tibetan. These teachings form the core instructions of the Kagyüd School of Tibetan Buddhism.

The Tibetan incarnation, Chökyi Gyaltsen (1377-1448), became the first to bear the title Tai Situ. The title was bestowed in China by the Ming Emperor, Yong Le, in 1407, and though the full title is lengthy, it may be shortened to Kenting Tai Situ which contains the essential meaning 'far reaching, unshakable, great master, holder of the command.'

The present 12th Tai Situpa was born in 1954 in Palyul District of the Derge Kingdom, into an agricultural family. He was identified according to time honored techniques and installed at Palpung Monastery at the age of 18 months. When he was six years old, political circumstances forced him to leave Tibet with a few attendants, journeying first to Bhutan and then to Sikkhim where he was united with the 16th Karmapa, who had left Tibet. This time of adversity, struggling to survive as a refugee, was exacerbated by illness at an early age. During his convalescence, he went to live at the newly built monastery at Rumtek in Sikkhim, the new seat of the 16th Karmapa, until 1975. At the age of 21, he assumed his own traditional responsibilities and established a monastery called Sherab Ling at the request of his Tibetan followers who have settled in northern India.

In 1980 he made his first European tour at the request of Buddhist organizations and since then has traveled widely in North America, Europe and South-East Asia, lecturing on Buddhist philosophy and meditation. He visited his homeland, Tibet, in 1984 for the first time since leaving in 1959. In 1991, he again returned to Tibet, to visit his historical seat, Palpung Monastery. He spent 3 months and gave special teachings to his followers. During his visit, he ordained more than 2000 men and women and presented a plan of suggestions to the Chinese authorities for the rebuilding, preservation and propagation of the Tibetan Buddhist culture.

He is the author of "Way to Go", an introduction to Buddhist philosophy and practice, and "Tilopa", a study of the 10th century Indian Buddhist master. His book "Relative World, Ultimate Mind", published by Shambhala in1991, shows how worldly activities can be an essential part of the spiritual path. In his latest publication "Awakening the Sleeping Buddha", he illuminates Buddhist teachings in commonsense terms, using down-to-earth examples.

He is currently involved in the advancement of inter-faith and inter-cultural humanitarian efforts. He was the inspiration and motivator for the 1989 Pilgrimage for Active Peace Event that went to eight countries world-wide to involve peoples of the world in the advancement of active peace. He was accompanied on this pilgrimage by our own Venerable Lama Karma Samten. As a person concerned for the future well-being of the planet and its people, the Tai Situpa both organizes and participates in events and conferences, attempting to make compassion and wisdom a part of the vision of life on earth.