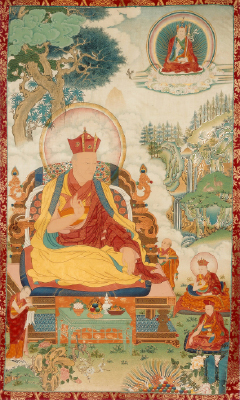 Yeshe Nyingpo was born in Golok region of east Tibet and the Tenth Karmapa recognized him as the Seventh Shamar incarnation.

He was extremely devoted to and followed the instructions of the Tenth Karmapa Chöying Dorje.

He received the full transmission of the Kagyu lineage and had many signs of accomplishment in both Mahamudra and Dzogchen meditation.

Yeshe Nyingpo passed into parinirvana at the age of sixty-four, the Wood Dog year.